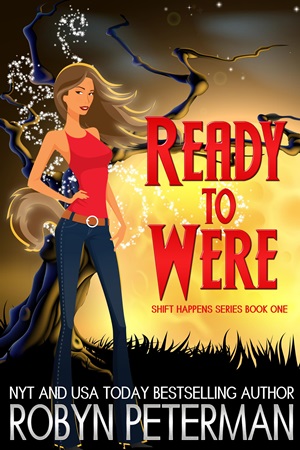 I never planned on going back to Hung Island, Georgia. Ever.

I was a top notch Were agent for the secret paranormal Council and happily living in Chicago where I had everything I needed – a gym membership, season tickets to the Cubs and Dwayne – my gay, Vampyre best friend. Going back now would mean facing the reason I’d left and I’d rather chew my own paw off than deal with Hank.

Hank the Tank Wilson was the six foot three, obnoxious, egotistical, perfect-assed, best-sex-of-my-life, Werewolf who cheated on me and broke my heart. At the time, I did what any rational woman would do. I left in the middle of the night with a suitcase, big plans and enough money for a one-way bus ticket to freedom. I vowed to never return.

But here I am, trying to wrap my head around what has happened to some missing Weres without wrapping my body around Hank. I hope I don’t have to eat my words and my paw.

“No, actually I’m not,” my boss said and slapped the folder into my hands. “You leave tomorrow morning and I don’t want to see your hairy ass till this is solved.”

I looked wildly around her office for something to lob at her head. It occurred to me that might not be the best of ideas, but desperate times led to stupid measures. She could not do this to me. I’d worked too hard and I wasn’t going back. Ever.

“First of all, my ass is not hairy except on a full moon and you’re smoking crack if you think I’m going back to Georgia.”

Angela crossed her arms over her ample chest and narrowed her eyes at me. “Am I your boss?” she asked.

“Is this a trick question?”

She huffed out an exasperated sigh and ran her hands through her spiked ‘do making her look like she’d been electrocuted. “Essie, I am cognizant of how you feel about Hung Island, Georgia, but there’s a disaster of major proportions on the horizon and I have no choice.”

“Where are you sending Clark and Jones?” I demanded.

“Oh my god,” I shrieked. “Who did I screw over in a former life that they get to go to cool cities and I have to go home to an island called Hung?”

“Those guys do have hairy asses and not just on a full moon. You’re the only female agent I have that looks like a model so you’re going to Georgia. Period.”

Angela smiled and an icky feeling skittered down my spine. “Excellent, I’ll let you tell the Council that all the money they invested in your training is going to be flushed down the toilet because you want to bake cookies.”

The Council consisted of supernaturals from all sorts of species. The branch that currently had me by the metaphorical balls was WTF—Werewolf Treaty Federation. They were the worst as far as stringent rules and consequences went. The Vampyres were loosey goosey, the Witches were nuts and the freakin’ Fairies were downright pushovers, but not the Weres. Nope, if you enlisted you were in for life. It had sounded so good when the insanely sexy recruiting officer had come to our local Care For Your Inner Were meeting.

Training with the best of the best. Great salary with benefits. Apartment and company car. But the kicker for me was that it was fifteen hours away from the hell I grew up in. No longer was I Essie from Hung Island, Georgia—and who in their right mind would name an island Hung—I was Agent Essie McGee of the Chicago WTF. The irony of the initials was a source of pain to most Werewolves, but went right over the Council’s heads due to the simple fact that they were older than dirt and oblivious to pop culture.

Yes, I’d been disciplined occasionally for mouthing off to superiors and using the company credit card for shoes, but other than that I was a damn good agent. I’d graduated at the top of my class and was the go-to girl for messy and dangerous assignments that no one in their right mind would take… I’d singlehandedly brought down three rogue Weres who were selling secrets to the Dragons—another supernatural species. The Dragons shunned the Council, had their own little club and a psychotic desire to rule the world. Several times they’d come close due to the fact that they were loaded and Weres from the New Jersey Pack were easily bribed. Not to mention the fire-breathing thing…

I was an independent woman living in the Windy City. I had a gym membership, season tickets to the Cubs and a gay Vampyre best friend named Dwayne. What more did a girl need?

Well, possibly sex, but someone had ruined me for other men…

Hank “The Tank” Wilson was the main reason I’d rather chew my own paw off than go back to Hung Island, Georgia. Six foot three of obnoxious, egotistical, perfect-assed, alpha male Werewolf. As the alpha of my local Pack he had decided it was high time I got mated…to him. I, on the other hand, had plans—big ones and they didn’t include being barefoot and pregnant at the beck and call of a player.

So I did what any sane, rational woman would do. I left in the middle of the night with a suitcase, a flyer from the hot recruiter and enough money for a one-way bus ticket to freedom. Of course, nothing ever turns out as planned… The apartment was the size of a shoe box, the car was used and smelled like French fries and the benefits didn’t kick in till I turned one hundred and twenty five. We Werewolves had long lives.

“Angela, you really can’t do this to me.” Should I get down on my knees? I was so desperate I wasn’t above begging.

“Why? What happened there, Essie? Were you in some kind of trouble I should know about?” Her eyes narrowed, but she wasn’t yelling.

I think she liked me…kind of. The way a mother would like an annoying spastic two year old who belonged to someone else.

“Weres are disappearing and presumed dead. Considering no one knows of our existence besides other supernaturals, we have a problem. Furthermore, it seems like humans might be involved.”

My stomach lurched and I grabbed Angela’s office chair for balance. “Locals are missing?” I choked out. My grandma Bobby Sue was still there, but I’d heard from her last night. She’d harangued me about getting my belly button pierced. Why I’d put that on Instagram was beyond me. I was gonna hear about that one for the next eighty years or so.

“Not just missing—more than likely dead. Check the folder,” Angela said and poured me a shot of whiskey.

With trembling hands I opened the folder. This had to be a joke. I felt ill. I’d gone to high school with Frankie Mac and Jenny Packer. Jenny was as cute as a button and was the cashier at the Piggly Wiggly. Frankie Mac had been the head cheerleader and cheated on every test since the fourth grade. Oh my god, Debbie Swink? Debbie Swink had been voted most likely to succeed and could do a double backwards flip off the high dive. She’d busted her head open countless times before she’d perfected it. Her mom was sure she’d go to the Olympics.

“I know these girls,” I whispered.

“Knew. You knew them. They all were taking classes at the modeling agency.”

“What modeling agency? There’s no modeling agency on Hung Island.” I sifted through the rest of the folder with a knot the size of a cantaloupe in my stomach. More names and faces I recognized. Sandy Moongie? Wait a minute.

“Um, not to speak ill of the dead, but Sandy Moongie was the size of a barn…she was modeling?”

“Worked the reception desk.” Angela shook her head and dropped down on the couch.

“This doesn’t seem that complicated. It’s fairly black and white. Whoever is running the modeling agency is the perp.”

“The modeling agency is Council sponsored.”

I digested that nugget in silence for a moment.

“And the Council is running a modeling agency, why?”

“Word is that we’re heading toward revealing ourselves to the humans and they’re trying to find the most attractive representatives to do so.”

“I wish it was.” Angela picked up my drink and downed it. “I’m getting too old for this shit,” she muttered as she refilled the shot glass, thought better of it and just swigged from the bottle

“Is the Council aware that I’m going in?”

“What do you think?”

“I think they’re old and stupid and that they send in dispensable agents like me to clean up,” I grumbled.

“Who else knows about this? Clark? Jones?”

“They know,” she said wearily. “They’re checking out agencies in New York and Miami.”

“Isn’t it conflict of interest to send me where I know everyone?”

“It is, but you’ll be able to infiltrate and get in faster that way. Besides, no one has disappeared from the other agencies yet.”

There was one piece I still didn’t understand. “How are humans involved?”

She sighed and her head dropped back onto her broad shoulders. “Humans are running the agency.”

It took a lot to render me silent, like learning my grandma had been a stripper in her youth, and that all male Werewolves were hung like horses… but this was horrific.

“Who in the hell thought that was a good idea? My god, half the female Weres I know sprout tails when flash bulbs go off. We won’t have to come out, they can just run billboards of hot girls with hairy appendages coming out of their asses.”

It’s all part of the Grand Plan. If the humans see how wonderful and attractive we are, the issue of knowingly living alongside of us will be moot.”

“When are Council elections?” It was time to vote some of those turd knockers out.

“Essie.” Angela rolled her eyes and took another swig. “There are no elections. They’re appointed and serve for life.”

“I knew that,” I mumbled. Skipping Were History class was coming back to bite me in the butt.

“I’ll go.” There was no way I couldn’t. Even though my knowledge of the hierarchy of my race was fuzzy, my skills were top notch and trouble seemed to find me. In any other job that would suck, but in mine, it was an asset.

“Good. You’ll be working with the local Pack alpha. He’s also the sheriff there. Name’s Hank Wilson. You know him?” 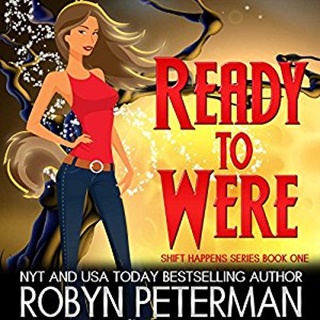