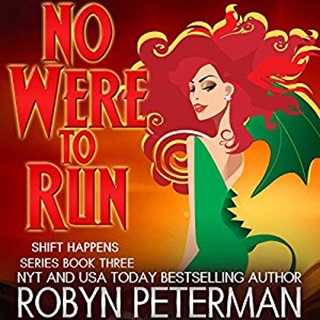 Whispersync for Voice-ready. Get this Audiobook for the reduced price of $1.99, when you buy the Kindle edition first. Learn more

My name is Dima, and I'm a Dragon. I'm also going to die soon. It's a battle I've waged most of my life, but now the odds are looking crappy. Before I go up flames, I have to find a way to save my horde and make sure my secret treasure is safe. There is one way I could stick around a bit longer, but the men I've met aren't exactly lining up to save me.

What in hell does a Dragon Princess have to do to find a mate? Offing my father, the reviled Dragon King, would be one way to go. He has a penchant for eliminating any male who shows interest - not to mention he's been trying to kill me for almost 500 years. So my brilliant plan is to take out my father in a blaze of glory - pun intended. However, I have to suck it up and do some stuff I don't want to do. For example, getting along with Dragons who don't trust me is a horrific challenge even though we share the same goal. That's why I aligned myself with the ragtag pack of shifters who accepted me and my secret treasure unconditionally. They're my friends now, and I'm keeping them. I'll fry anyone who dares to speak against my Werewolves, my Werecows, and the fabulous gay Vampyre named Dwayne.

Unfortunately the Weres who love me don't have the kind of firepower I need to take out my father. To get that I have allied myself with a dangerous group of Dragons known as The Resistance. Staying away from the sexy, pompous, fire-breathing blowhard of a leader is turning out to be a full-time job. And no...he's not even in the running for the mate. Mutual incineration would be inevitable - or sexual combustion. You see...Dragons aren't the easiest of the species to get along with. You can dress us up and take us out, but at the end of the day we're still the idiots who like a little friendly bloodshed and sex - make that lots of sex.

My life keeps getting more and more complicated, but I've run out of options. I'm about to run out of time, too. I'm learning there's nowhere to run and nowhere to hide from destiny.